Theresa Bertram from Brighton, England, has been through a nightmarish experience that left her and her ex-partner in severe pain. It all started after the birth of her son when she began suffering from incontinence due to a weakened pelvis. Simple acts like climbing the stairs, coughing, laughing and sneezing would cause her to excrete urine. And as if that wasn’t bad enough, it also affected Theresa’s love life — for seven years she refused to have sex.

Eventually Theresa couldn’t take it any longer and decided to have an operation. She was advised to undergo a procedure involving TVT (tension-free vaginal tape) whereby a plastic, inflexible strip is implanted under the urethra and led out just above the pubic bone. The operation went smoothly and Theresa was thrilled to be free from her incontinence. She and her partner looked forward to enjoying a healthy sex life again. 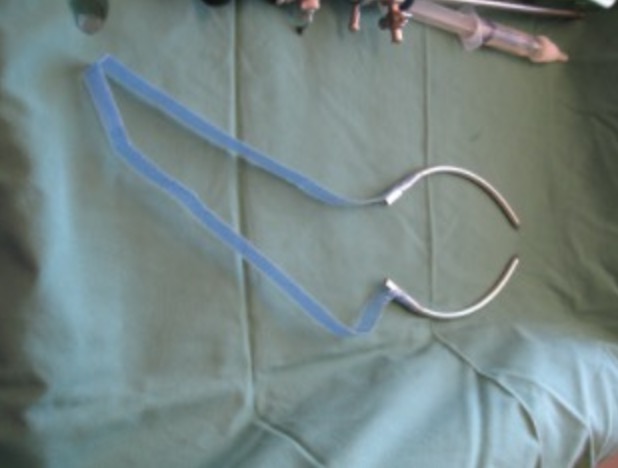 But two years later, the TVT had slowly worked its way through her vaginal wall and caused a severe abscess. Theresa had no idea that there was a threat to her partner in her vagina. But when he screamed out in pain during one of their love-making sessions, the couple was shocked. “It was like it had grown teeth,” remembers Theresa. “His [penis] was bright red and spouting blood. There was a big red stain spreading between us on the sheets. After that he was scared of my lady garden and approached it as if it was a Venus flytrap and he was a bluebottle,” she continued.

As Theresa’s health declined over the years, doctors couldn’t find the cause. First they diagnosed her with irritable bowel syndrome and removed her gall bladder. But the implant never came under suspicion and remained in her body until Theresa noticed green, foul-smelling pus coming from her vagina. A thorough examination revealed that the TVT had caused the abscess. The worst thing was, it had moved into her pelvis and was completely overgrown with hardened cartilage. Theresa found out that the TVT had been improperly implanted and this had led to the complications she had suffered — including her ex-partner’s wounded penis! After the removal of the TVT, Theresa was again severely incontinent and has no feeling left in her vagina. “I was told this simple procedure would cure my incontinence and give me more confidence in the bedroom, but it has ruined my life,” commented Theresa bitterly. The controversial TVT procedure is still being performed in some countries, but it was banned in Scotland two years ago. Hopefully other countries will soon learn from this example and help to end the kind of needless suffering Theresa had to endure.