At least 10 people have been injured and one person has reportedly died after a speeding vehicle crashed through crowds at Times Square, New York City.

Witnesses are claiming the car sped into people on the pavement between 42nd/43rd.

Police and ambulance crews are currently at the scene. 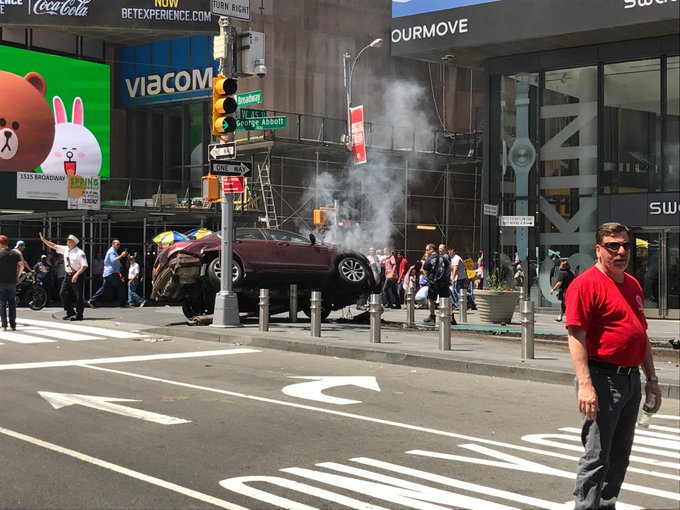 At the moment it is unclear if there was any motive behind the crash – but what is known is that the car was travelling at a high speed.

Please SHARE with family and friends to send your prayers!